Finding The Right Fireplace For Your Home 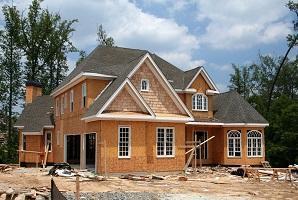 Did you know there are about 150,000 homes in Portland? Walking through the community, you’ll probably find several houses that look attractive — modernistic marvels, sprawling Victorians, and cute bungalows. Below is a local home builder’s guide to what you will find when you are out shopping for a home in Portland.

Today, these small cottages and houses still can be found lining Portland’s streets. They can be described as small vernacular homes that have doors in either the long-side or the gable-end. The “gable” is the portion of the wall which encloses a pitched roof — the roof style you make with your hands as you place your fingertips together, and wrists apart.

If you actually locate a real Queen-Anne style Victorian house in Portland these days, you are lucky. Another reason that we do not see many of these types of homes is that the majority of them were destroyed — not to construct more modern apartment buildings or homes, yet to create the highways, streets, and infrastructure that accommodates a new wave of Portland residents.

The original Portland bungalow wave was constructed before the 20s. Bungalows were constructed as one-story houses that have all-wood construction and an asymmetrical shape, sloping, long rooflines. Similar to Victorian-era houses, many bungalows constructed during this time included a front porch, a feature which continuously defines Portland’s inviting neighborhoods today.

As with fashion styles that come and go, as well as repeat themselves, homes in Portland oftentimes copy an architectural style from another place and time.

Most houses constructed from 1920 to 1950 were of this “period revival” style. They seemed to imitate either European styles such as the English cottage or American Colonial homes.

Right now, the subtle elegance and simple lines of the Mid-century Modern aesthetic is very popular in Portland, and that also extends to houses. A recent post in the Oregonian talks about the appeal of the highly livable homes in Portland.

If you have seen the film “Mad Men”, you’re familiar with the architectural style I am talking about. Its open floor plan focuses on family togetherness, and big windows and sliding doors permit outdoor-indoor entertaining and living.

What the majority of folks imagine as the suburban “ranch” home in Portland actually is a hybrid home style.

In the post-World War II housing boom, layouts with a ranch style included traditional features such as shutters and peaked roofs.

Minimal-traditional’ is a method of describing these most common homes which blended modern materials (such as plywood), as well as modern aesthetics (such as corner windows) with older traditions’ features.

The Southwest Portland hills gave 1960s builders a special challenge. They took the split-level Ranch style that was popular within the country during that time and split it up a bit more — to a two-story. In “digging in” to the hill, they’d make full use of a sloped lot.

Finding The Right Fireplace For Your Home